This was a week of smoothies and juice…

Someone planted the idea of a chocolate PB2 (powdered peanut butter-no oil) in my head. I went to make it and decided to put in some of my previous green juice because it was getting too old to last. WRONG move! I doubled everything and added honey to make it bearable. Leftovers anyone?
No recipe for this. It’s in your best interest. 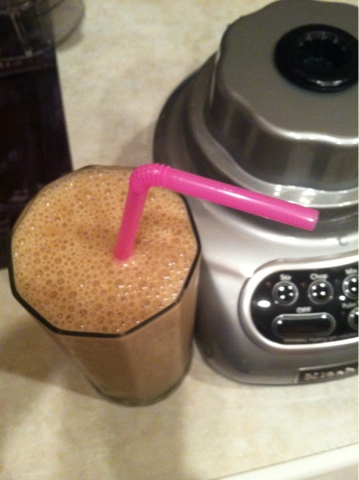 After the disaster smoothie, I needed a comeback. This was it!
For my best yet smoothie:
1 cup almond milk
1 banana
1 pack Garden of Life chocolate protein mix
300 calories (most from the banana)

After the smoothie success, I made up a juice to take to work. This made at least 2 big cups, so I can have some left at home. The best guess for calories per cup is 300. The app has some good juice recipes and general guesses, but I tried plugging in each ingredient. Because of all the pulp, I would think that 300 is too high. 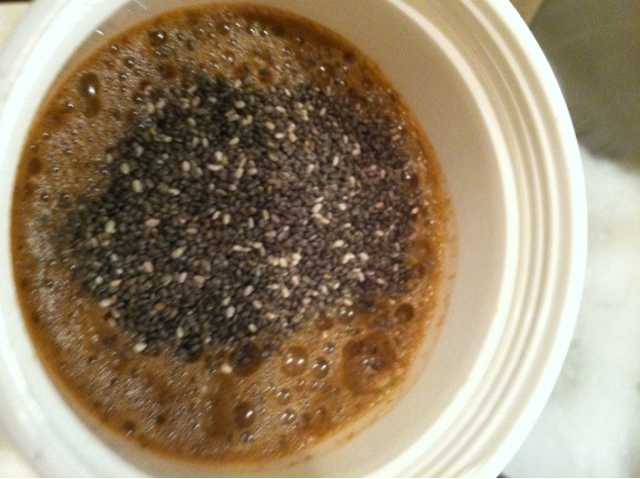 PB2 is a great way to add peanut butter to a smoothie without adding the oil. I started with a handful of ice for some thickness, then added:
1 cup almond milk
1 packet of protein mix
2 tbsp PB2

I did just see a site that was discussing how PB2 is not organic and there may be some concerns for using it.

Today was a berry day. With the apple I was having with it, I did not finish drinking the smoothie, but it was good.
1 cup almond milk
1 package mix frzn berries
1 serving acai berry juice
1/2 scoop Pure Green Natural Protein
300 calories 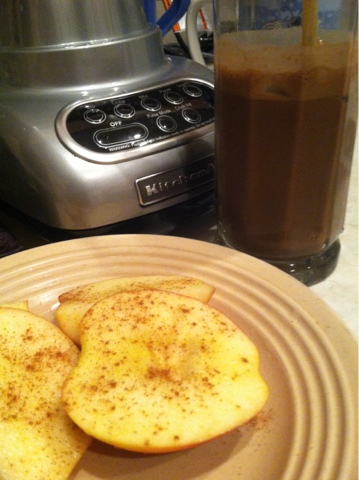 This one had some green powdered flavor, but cocoa was the hero.
1 scoop Garden of Life Super Green powder
1/4 cup cocoa
1 1/4 cup almond milk
1 tbsp honey
Poured over ice.
178 caloriesIt seemed to want cinnamon, so I put that on the apple. A great pairing.
Advertisement