A few weeks back I took a nap.  I was in my car.  The car was in my open garage.

I woke to a noise but did not look.  I was comfortable. The car was locked.  I wasn’t moving.

There was news of a bear prowling around the neighborhood.  The bear had made the noise.

The next week I could not find my hedge trimmers.   There were multiple reports of stealing out of unlocked cars.  There were reports of items disappearing from porches.

My policy for lost items is that they will come back to me eventually.  The lost item suddenly appears.  It may take an hour. It may take a month.

Three weeks later I could not find my trimmer.  My plants are overgrown.  Maybe the neighborhood thief took the trimmer.

I spent a week thinking ‘the guy’ took the trimmer.  The noise was from him.  It was not from the bear.

Guess what I just found.

So, full results disclosure of my recent experiments…

Fatigue is not a new experience, but this is driving me loco.  After the adventurous workouts, it took a few days of riding the couch to get my energy back.  Since I broke the fast, I have been so very tired.  My energy was fine during the workouts and juicing.  A health hangover?  Today I made it to after lunch before I crashed.  A definite improvement over the weekend, when doing laundry was a reason to lay down.  I did have a juice this morning and will have one tonight, if I can find the energy to make it.

Just tired of being tired.  I am sure I will get over it soon enough.   My body is slowly finding homeostasis.  A happy flower, after the rain…. 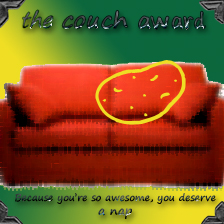 This award is for everyone who is always trying:

trying to please others

trying to be the best _____ they can be  (mother, father, brother, sister, friend, pet owner, employee, boss, neighbor, citizen, blogger)